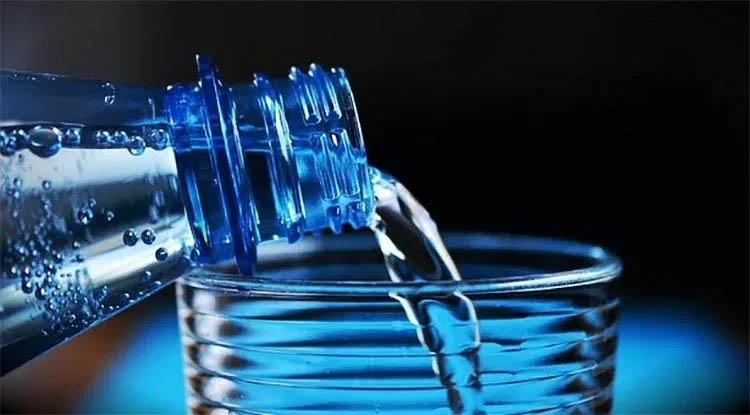 Molecular Hydrogen as a Novel Antioxidant: Overview of the Advantages of Hydrogen for Medical Applications

Below is an excerpt from the study “Molecular Hydrogen as a Novel Antioxidant” that is most meaningful for our purposes. You may find the link to the full text at the bottom of this page.

Molecular hydrogen (H2) was believed to be inert and nonfunctional in mammalian cells. We overturned this concept by demonstrating that H2 reacts with highly reactive oxidants such as hydroxyl radical (OH) and peroxynitrite (ONOO) inside cells. H2 has several advantages exhibiting marked effects for medical applications: it is mild enough neither to disturb metabolic redox reactions nor to affect signaling by reactive oxygen species. Therefore, it should have no or little adverse effects. H2 can be monitored with an H2-specific electrode or by gas chromatography. H2 rapidly diffuses into tissues and cells to exhibit efficient effects. Thus, we proposed the potential of H2 for preventive and therapeutic applications. There are several methods to ingest or consume H2: inhaling H2 gas, drinking H2-dissolved water (H2-water or hydrogen water), injecting H2-dissolved saline (H2-saline), taking an H2 bath, or dropping H2-saline onto the eyes. Recent publications revealed that, in addition to the direct neutralization of highly reactive oxidants, H2 indirectly reduces oxidative stress by regulating the expression of various genes. Moreover, by regulating gene expression, H2 functions as an anti-inflammatory, antiallergic, and antiapoptotic molecule, and stimulates energy metabolism. In addition to growing evidence obtained by model animal experiments, extensive clinical examinations were performed or are under way. Since most drugs specifically act on their specific targets, H2 seems to differ from conventional pharmaceutical drugs. Owing to its great efficacy and lack of adverse effects, H2 has potential for clinical applications for many diseases.

Molecular hydrogen with the molecular formula H2 is a colorless, odorless, tasteless, nonmetallic, and nontoxic gas at room temperature. Hydrogen gas is flammable and will burn in air at a very wide range of concentrations between 4% and 75% by volume. Its autoignition temperature, the temperature of spontaneous ignition in air, is about 500 °C (http:// en.wikipedia.org/wiki/Hydrogen). These facts suggest that H2 is not so dangerous in daily life when its concentration is under 4%.

In turns of biological reactions in several microorganisms, H2 is a product of certain types of anaerobic metabolism, usually via reactions catalyzed by iron- or nickel-containing enzymes called hydrogenases (Adams, Mortenson, & Chen, 1980; Fritsch, Lenz, & Friedrich, 2013). H2 is also enzymatically metabolized as an energy source by providing electrons to the electron transport chain. These enzymes catalyze the reversible redox reaction between H2 and its constituent two protons and two electrons (van Berkel-Arts et al., 1986).

On the other hand, in all photosynthetic organisms, the water-splitting reaction occurs in the light reactions, where water is decomposed into 290 Shigeo Ohta protons, electrons, and oxygen. Some organisms, including the alga Chlamydomonas reinhardtii and cyanobacteria, have evolved a second step in the dark reactions in which protons and electrons are reduced to form H2 gas by specialized hydrogenases in cyanobacteria or chloroplast (Carrieri, Wawrousek, Eckert, Yu, & Maness, 2011). For industrial uses, extensive efforts have also been undertaken with alga in a bioreactor by genetically modifying cyanobacterial hydrogenases to synthesize H2 gas efficiently (King, 2013; van Berkel-Arts et al., 1986).

In contrast, H2 was accepted to behave as an inert gas in mammalian cells because of the lack of no hydrogenase genes. Thus, it had been believed that H2 is nonfunctional in our cells. In fact, H2 seemed to react with no biological compounds, including oxygen (O2), in the absence of catalysts at body temperature. Indeed, owing to its characteristics, H2 gas was used for measuring local blood flow (Aukland, Bower, & Berliner, 1964).

We overturned this concept in a publication in 2007 describing that H2 acts as a therapeutic and preventive antioxidant by selectively reducing highly active oxidants, such as hydroxyl radical ( OH) and peroxynitrite (ONOO) in cultured cells, and that H2 has cytoprotective effects against oxidative stress (Ohsawa et al., 2007). Since then, a large number of studies have explored therapeutic and preventive effects of H2. These publications cover many biological effects against oxidative stress in almost all organs (Ohta, 2011, 2012). Moreover, it has been revealed that H2 has more roles, including anti-inflammatory, antiapoptotic, and antiallergic effects, in most tissues of model animals, and that H2 stimulates energy metabolism. In addition to publications on model animal experiments, more than 10 papers on clinical examinations have been published. As of 2013, the number of publications on its biologically or medically beneficial effects had surpassed 300 (Ohta, 2014).

Inhalation of H2 gas is actually unsuitable or impractical for continuous H2 consumption in daily life for preventive use. In contrast, solubilized H2 (H2- dissolved water; i.e., hydrogen water) may be beneficial since it is a portable, easily administered, and safe way to ingest H2 (Nagata, Nakashima-Kamimura, Mikami, Ohsawa, & Ohta, 2009; Ohsawa, Nishimaki, Yamagata, Ishikawa, & Ohta, 2008). H2 can be dissolved in water up to 0.8 mM (1.6 mg/l) under atmospheric pressure at room temperature without any change of pH.

Hydrogen water can be made by several methods: infusing H2 gas into water under high pressure, electrolyzing water to produce H2, and reacting magnesium metal or its hydride with water. These methods may be applicable not only to water but also to other solvents. H2 penetrates glass and plastic walls of any vessel in a short time, while aluminum containers can retain H2 for a long time.

In brief, for experimental treatments, H2 was dissolved in water under high pressure (0.4 MPa) to a supersaturated level and the saturated hydrogen water was stored under atmospheric pressure in an aluminum bag with no dead volume. Mice were given water freely using closed glass vessels equipped with an outlet line containing two ball bearings, which kept the water from being degassed. The vessel was refilled with fresh H2-water at the same time (e.g., at 4:00 pm) every day.

When water saturated with H2 was placed into the stomach of a rat, H2 was detected at several micromoles in blood (Nagata et al., 2009; Nakashima-Kamimura, Mori, Ohsawa, Asoh, & Ohta, 2009). In addition, a rat received H2-water (0.8 mmol/l H2 in water) orally by stomach gavage, for example, at 15 ml/kg. Hepatic H2 was monitored with a needle-type hydrogen electrode (Kamimura, Nishimaki, Ohsawa, & Ohta, 2011) (Fig. 6).

Furthermore, after seven adult volunteers had drunk hydrogen water, the H2 content of their expired breath was measured by gas chromatography with a semiconductor (Shimouchi, Nose, Shirai, & Kondo, 2012). The ingestion of hydrogen water rapidly increased breath H2 content to its maximal level 10 min after ingestion, which thereafter decreased to the baseline level within 60 min. H2 lost from the water during the experimental procedures accounted for 3% or less of the total. The rate of H2 release from the skin surface was estimated as approximately 0.1%. On the basis of the remaining H2 mass balance, approximately 40% of H2 that had been drunk was consumed inside the body. This report suggests that exogenous H2 is at least partially trapped by oxygen radicals, such as OH (Shimouchi et al., 2012).

H2 can be incorporated or ingested into the body by various methods: inhalation of H2 gas, drinking H2-infused water (H2-water or hydrogen water), injection of H2 infused saline, and incorporation through the skin. Drinking hydrogen water was efficacious for various disease models and patients; however, H2 can be infused up to only 0.8 mM under atmospheric pressure and drinking hydrogen water provides a blood H2 concentration up to only 10 μM with short dwelling time in the body (Nagata et al., 2009; Nakashima-Kamimura et al., 2009). Moreover, inhaling 1–4% (vol/vol) of H2 gas was effective, by which H2 should reach 8–32 μM in blood. Under these conditions, H2 should be insufficient to scavenge OH for fully exhibiting H2 benefits because the direct reaction rate of OH with H2 in an aqueous solution may be too slow to decrease OH (Buxton et al., 1988) as pointed out earlier (Wood & Gladwin, 2007). Thus, it remained elusive how such low levels of H2 with a short dwelling time could effectively compete with the numerous cellular targets in chronic or acute pathogenesis. Unexpectedly, H2 was shown to regulate the expression of many genes and the phosphorylation of factors involved in various types of signal transduction to exhibit various phenotypes. For example, drinking H2-water reduces the gene expressions of proinflammatory cytokines to relieve inflammation, as mentioned above, FGF21 to stimulate energy metabolism (Kamimura et al., 2011), and Grelin for neuroprotection (Matsumoto et al., 2013). However, it essentially remains unsolved what the primary target of H2 is.

Many other mysteries regarding H2 therapy also remain unresolved. For initiating cellular signals by H2, H2 should be too inert to react with most molecules except highly reactive ones, such as OH or ONOO. To activate H2 to react with other molecules, a sufficient level of a putative catalyst must be present; however, it is highly unlikely that such a putative catalyst would be abundant. Moreover, H2 should be too small to bind a putative H2-binding receptor because its intramolecular fluctuation should lead to the instability.

H2 can be easily applied because of a lack of adverse effects and great efficacy for nearly all pathogenic statuses involved in oxidative stress and inflammation. Since most pharmacological drugs specifically act on their targets, H2 seems to differ from conventional drugs or other medical gasses because of its extensive and varied effects. H2 has great potential for preventive and therapeutic applications owing to its great efficacy and its “novel” concept.

Read the complete study at elavtoit.com