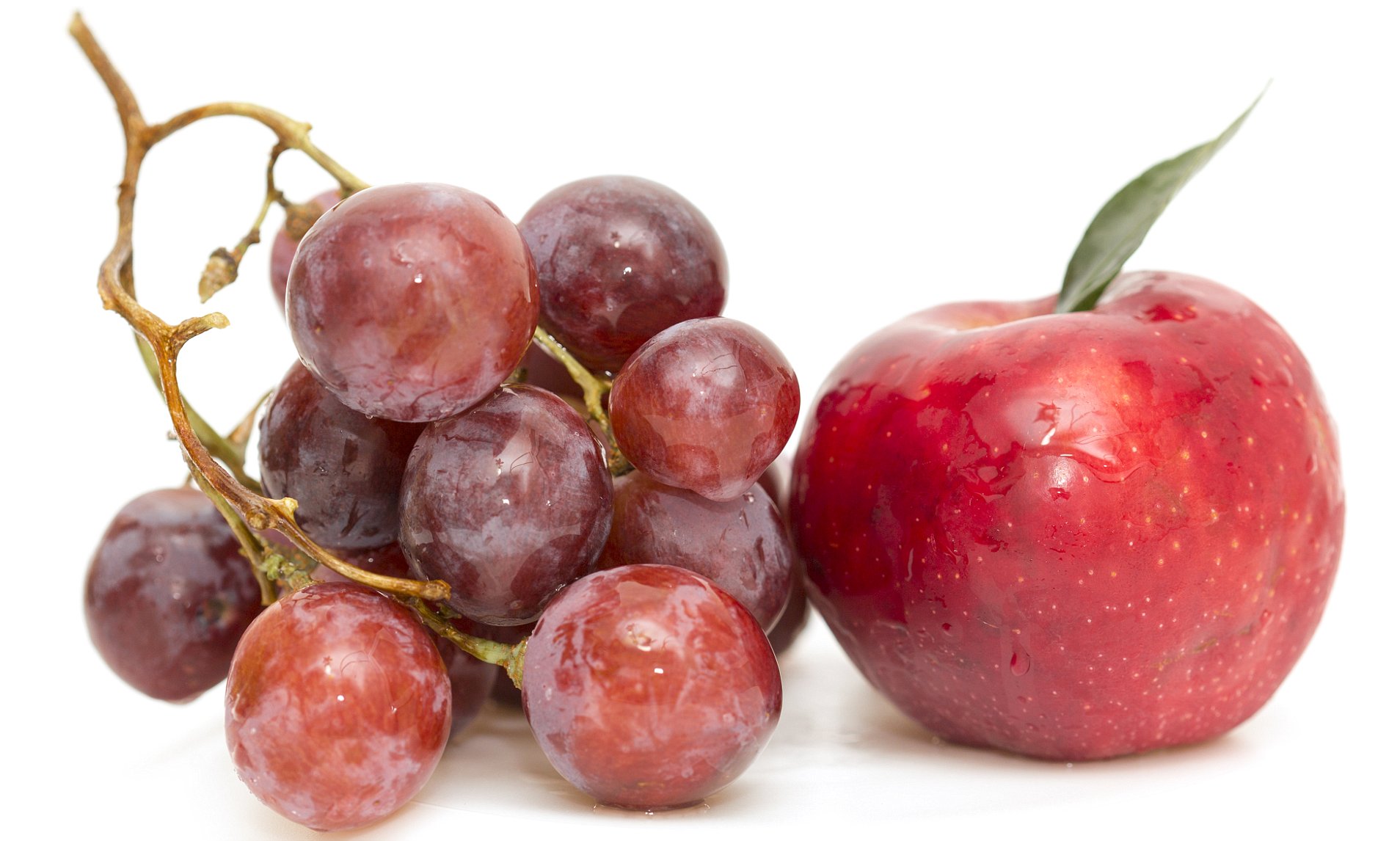 Polyphenols are thought to be an interesting ergogenic aid for exercise and recovery. However, most studies regarding the effects of polyphenols investigated several days of supplementations. The present work aimed to study the effects of an acute intake of grape and apple polyphenols (ViNitrox) on the capacity to maintain intense exercise, here named endurance performance. Forty-eight physically active men (31 ± 6 years) were included in this study. During the two testing sessions, volunteers completed an endurance test at a high percentage of their maximal aerobic power and time to exhaustion was measured. Respiratory and pain parameters were also monitored. The preceding evening and 1 h before testing, volunteers had to absorb either 500 mg of polyphenols (ViNitrox) or placebo according to randomization. In comparison with the placebo, the mean duration of the maximal endurance test was significantly increased with polyphenols (+9.7% ± 6.0%, p < 0.05). The maximal perceived exertion was reached later with polyphenols (+12.8% ± 6.8%, p < 0.05). Practically, the present study showed the beneficial effects of grape and apple polyphenols (ViNtrox) for athletes looking for endurance performance improvements. The specifically designed profile of polyphenols (ViNitrox) appeared to enhance the capacity to maintain intensive efforts and delay perceived exertion.

In conclusion, the present randomized, crossover, double-blind and controlled study demonstrated that the acute supplementation of polyphenols (ViNitrox) in healthy, physically active males allowed significant increases in endurance performance (hereby the capacity to maintain a strong effort) with greater energy expenditure as demonstrated by the lengthening of time to exhaustion and time to maximal perceived exertion. Also, the main cardiovascular and respiratory measured parameters showed no significant differences between conditions. A similar observation was obtained on muscle pain two days after exercise. These results indicate that performance improvements, as a result of acute polyphenol (ViNitrox) intake, have been obtained under safe conditions and without additional pain. In contrast with some previous studies, the present conclusions were made on an almost large sample size and reinforce the positive effects of polyphenols on cycling endurance. An interesting perspective of this work would be to control diet during the duration of the experiment and to quantify specific biomarkers in order to better understand the mechanisms behind the present results.

Read the complete study at the National Library of Medicine